Forget meditating at your desk or taking that brisk stroll before work; everyone should periodically replace their alarm clock with the soft purr of waves caressing the shore. Thankfully, I’m lucky enough to call the little village of Sennen – under 1 mile from Land’s End – my second home.

Each time I awake in Myn Tea, admiring the salty corduroy lines glistening in the morning light, I thank myself for embracing the seaside philosophy. I’m a self-proclaimed ocean-lover, but who isn’t?

Most are content appreciating the coastline through the shimmering haze lingering above their cappuccino; I favour more intimate exchanges with the seascape. Enter: surfing.

If anywhere on the Atlantic coast is picking up swell, I guarantee it’ll be around the tranquil village of Sennen. A mere 25-minute walk from Land’s End, the two local beaches are the most westerly in Britain and face over 2,000 miles of open-ocean before the next land mass (which is Newfoundland, Canada).

The secluded beach pathway is straight out of a fairy-tale

Gwenver (sometimes written as Gwynver) beach, is the more northerly of the two. The waves here are typically a couple of feet larger than at Sennen, but are more prone to being messy and strong rips can emerge on stormy days. (Hint: Spot a stormy day by watching waves crash over the top of Longships Lighthouse.)

Nonetheless, the pointbreak by the rocks can reach picture-perfect conditions reminiscent of magazine covers from exotic surf trips. This is particularly evident when the waves start breaking on the inside sandbank, offering barrel or air sections to the seasoned experts (and intimidatingly good youngsters – or “groms”) who come out of hibernation whenever the surf starts pumping.

The pointbreak at the north end of Gwenver showing its magic

A 5-minute walk along the beach (at low tide) or clifftop coastal path (at high tide) will transport you to the turquoise, crystal-clear waters of Sennen Cove.

Check out the second video for a not-so-rare opportunity to pull inside the wave at south Gwenver/north Sennen. (The other clips are shot at Porthleven – but you’ll need to read on to hear more about that!)

More barrels await on a medium swell and tide, but mellow days mean Sennen is also an ideal place to begin your surfing career. The beach is lifeguarded in summer (as is Gwenver), and a surf school is conveniently located beside the beachfront carpark. Wander towards the active lifeboat station at south Sennen for great views of the waves and bountiful opportunities for authentic Cornish pasties, ice creams, coffees, or whatever your body is craving pre/post-surf.

On the other hand, outside of peak season the beach is beautifully serene. However, I’ve lost count of the number of hours spent surfing with only the thriving marine life to accompany me.

Thriving marine life is far from a flippant remark. I rarely surf at either beach without a greeting from one of the curious seals. If you’re lucky, the pod of dolphins who frequent the cove will pop up to say hi, and basking shark sightings are not uncommon – but don’t worry: although they are the second-largest species of shark, these gentle giants only eat plankton and are totally harmless to humans.

The local wildlife here isn’t just limited to the ocean

If the waves get too stormy at Sennen, the region still has plenty of backup options to fulfil your cravings.

If you’re a well-versed surfer in the Cornish scene (or anywhere in Britain, for that matter) you’ll know of Porthleven. Touted the best wave in England, this fast, hollow reef-break is the proving ground for aspiring pros and media crews. Don’t let the idyllic fishing village distract you from the shallow inside section! I’ve bounced off the rocks a few times, and it’s not unusual to play slalom with a boulder or two protruding from the water as the wave sucks water off the ocean floor.

If you spot the right conditions it’s always worth the half-hour drive from Sennen. Feeling the energy of the lineup from your sanctuary atop the harbour wall is an experience in itself. Have a look at this video for a taster of the wave’s potential.

Despite being a relatively short wave, the critical drop and intense ride maxes adrenaline levels

Surfing is great, with countless physical and mental health benefits; but what if there’s no swell, or the wind swings onshore and turns the ocean into an agitated soup? Kitesurfing is our saviour.

You can kite in any stable onshore or cross-shore winds between approximately 9 and 30 knots, depending on your equipment. Gwenver is a little small to enjoy the potential speed and distances you can cover, not to mention the intimidating rocky outcrops on either side if anything goes wrong. However, Sennen at low tide is a kitesurfer’s paradise.

A foggy winter’s afternoon – but no less fun; modern wetsuit technology means you’ll stay toasty for longer than your legs can resist turning into noodles

Remember to avoid the lifeguarded zones during summer (decapitating an oblivious swimmer could add a sour note to your session) and beware of rips during high winds or swells.

Nevertheless, as a great surfing beach, Sennen’s waves can add a new dimension to your kitesurfing. Grab a directional board (pictured above) and ride the waves without the arm-burning paddles back to the takeoff zone or, alternatively, take out your twintip and hit some kickers!

Launching off a wave can add extra hang-time and earn plenty of likes on Instagram (as can subtly dropping your username into blogs, *hint* @willdavies11 */hint*)

If you’re a beginner, prefer flat water, or just want a stunning backdrop to entice even more Instagram followers, Marazion is your answer. Conveniently, it’s only 20 minutes by car from Sennen.

The expansive beach means you won’t have any problem with kiting traffic in the water, and thanks to the curved bay it’s kiteable on a wider range of wind directions than Sennen. You can also go out on any tide as there’s a grass car park in which to land your kite, even if the sea has swallowed the beach. (Getting stuck offshore with no choice but to wait for the ebbing tide to land your kite is never fun. I’d say it’s a close second behind surfing a rising French swell at sunset and getting stuck out back with double-overhead closeouts blocking the route to shore as night falls. Clearly I’m very calculated and would never let myself get into either of these situations, but its just a warning *ahem*.)

A GoPro shot from my kitesurfing edit at Marazion; watch it for a first-person perspective and get excited for your own adventure!

Take a look at my Urban Surfer Marazion kiting edit for some inspiration.

So, the next time you plan a long road trip south for a well-earned relief from your daily routine, take a minute watching the sun set over a gorgeous West Cornwall landscape and plan some excitement for the next day! 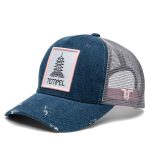 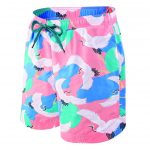 Finally, check out this recent edit from Seb Smart highlighting all the region has to offer, even in sub-par conditions!