X
This site uses cookies to provide and improve your shopping experience. If you want to benefit from this improved service, please opt-in.
More Info
Accept Cookies
Summer Sale Up To 60% Off - Shop Now
Urban Surfer | BlogBrand NewsStance Socks Logo On The Inside or Outside? The Ultimate Question.
Menu
Brand News

Stance Socks Logo On The Inside or Outside? The Ultimate Question.

As Europe’s biggest retailer of Stance, we see this question asked almost every day. Does the Stance logo on your socks go on the inside or the outside? Well, today we’re answering that question once and for all!

I guess most of the time it doesn’t matter. Most casual socks aren’t anatomically correct in the sense that both the left and right sock are exactly the same. Alongside that, if you have a plain pair of socks then it really doesn’t matter where the logo goes.

But I’m sure that’s not really the answer you were looking for. So let’s dig a bit deeper.

All you need to do is look at an official image of a Stance sock such as the following: 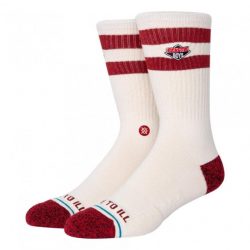 Hold Up!!!!!! “They’re just the casual socks” I hear you shout. What about the others like snow socks and athletic socks? OK, let’s look at some of those then. 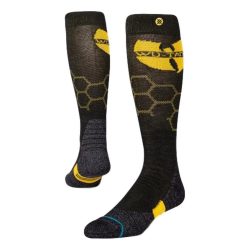 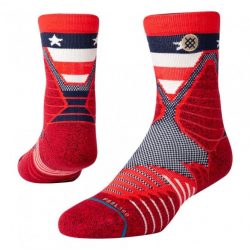 Oh, so the logo actually goes on the outside. Most athletic socks don’t have any logos on them anyway. And run socks tend to have them on the back.

Probably too much for you to digest right? Well, I’ll try and summarise. Casual socks have the logo on the inside. Sports socks such as snow, adventure and athletic socks have them on the outside. So now you know! I’m solving all your problems one step at a time.

Oh, and as I mentioned at the beginning of this post, we are Europe’s biggest Stance retailer with 100’s of socks and underwear. So check out our full range at https://www.urbansurfer.co.uk/stance-m105